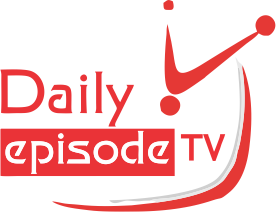 Families of the Abuja-Kaduna abducted passengers express worry over the arrest of the publisher of Desert Herald newspaper and magazine, Malam Tukur Mamu, by Interpol police in Cairo, the capital of Egypt, while in transit on a journey to Saudi Arabia.

Mamu, who was the frontline negotiator with the terrorist who bombed the Abuja-Kaduna train to kidnap dozens of passengers and protest the release of their arrested members and other demands known to them, told Daily Episode in August that his life and family were under threat, a situation that forced him not to engage in any further negotiations.

His arrest comes as a shock and may endanger our family’s life, because his intervention has helped to save the lives of our family members in the last five months of their captivity, according to the family of an abductee who speaks to Daily Episode on the phone as he pleads anonymity.

The government rescue mission is far slower than expected, and our suffering is growing amid their longer stay in captivity. Now that he has been arrested, who will console them not to molest the captives? He continued

Tukur Mamu is an innocent soul who has no link to any crimes from his past to the present. Why would even the government make such moves while the terrorist is still in the bush holding our family for ransom? We, therefore, call on them not to harm him and ensure our families are freed without ransom. He added.

While Mamu is being deported to Nigeria along with his arrested family members, the Nigerian authorities are yet to comment on the details of his arrest.

As the delivery of health services keeps declining, many communities and disadvantaged families suffer the consequences of negligence, poor infrastructure,...

Aftermath Of Kaduna Free Education Policy; Rising Number Of Out Of School Children

Lamentation Over the Incessant Increment of Printing Materials

In recent times, the complex Nigerian labour market has seen a decline in production and processing, as well as a...

https://youtu.be/tgIUmE22YsA In the year 2022, due to global warming, Nigerian families are pushed to the brink of extreme need for...

How Flood Consume Crops, Houses, Remains Of Corpses in Kaduna